A Life of Pain Transformed 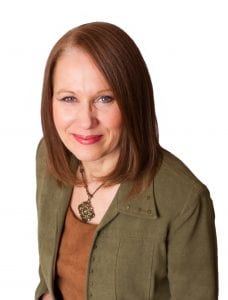 Over a decade ago, a traumatic transition from her work as a camp director for at-risk youth began to take its toll on her body. Lori began having constant aches in her neck and back, as well as depression which so often accompanies chronic pain.

And yet a staunch refusal to treat it pharmaceutically.

“I watched my grandmother become a pain medicine addict,” says Lori. “She took a pill for everything and eventually died from cirrhosis of the liver. That made a huge impact on me.”

Referred to a chiropractor by a friend, Lori began going regularly – sometimes every other day – to help mitigate her pain.

One day, however, she likened the pain she was experiencing to the level she’d had with natural childbirth. Her chiropractor did an evaluation and determined she had all the symptoms of what is now referred to as fibromyalgia. He sent her to a massage therapist.

One massage therapist she saw was also an acupuncturist – and that’s when she started getting some traction with her campaign to deal with her pain. It was a campaign that included diet, detoxing, personal training, and cognitive therapy in addition to chiropractic, massage, and acupuncture.

“I’d always been interested in holistic care – we’re whole persons,” says Lori. “I think the body can do a lot to heal itself if you treat it right.”

Lori began working for the chiropractor, who mentored her on anatomy, MRIs, and health coaching. She learned a lot about how tension affects the body – how muscle moves bone and pulls vertebrae out of alignment.

Then she started researching schools, and ended up getting certified at the Alexandria School of Scientific Therapeutics.

“Massage helped me,” says Lori. “It treated the deep connective tissue and the muscle tension that was pulling my spine out of line.”

So equipped with good training and the encouragement of her own recovery, Lori became a massage therapist. She put out her own shingle and went into business for herself.

The Result: A Passion for Health Coaching

Like anyone who’s been transformed by a positive experience, Lori is passionate about sharing the good news of hope and wellness.

“I know personally what these natural treatments have done in my life,” she says. “You simply do not have to be at the mercy of a pill for your problems. That’s just a Band-Aid.”

Treating the problem, not just the symptom

The crux of health coaching is to first discover the root problem – then fixing it, not merely masking the symptoms with medicine.

Lori’s the first to admit the natural path to good health and well-being is a long-term approach, not a short-term fix. It’s one that requires integrated behavioral changes.

It includes things that affect the whole person:

Lori says she encourages people to think of it this way: “Do you want to get well? Or do you just want to get out of pain temporarily?”

You can get out of pain – for the moment – with medication. But you won’t be well. And wellness is her passion.

“We spend more time and money taking care of our homes and our cars,” says Lori. “Homes and cars can be replaced – but we only get one body.”

Lori’s Holistic Health Consultation process starts by listening and developing an understanding of your health conditions. Then she works with you to create an effective holistic health and healing plan.

Here’s how it works:

We will share wellness tips and let you know about special offers.

You have Successfully Subscribed!